Our family-owned and locally operated company has a fixed standard of excellence we keep for all our customers. Brock Heating and Air specialize in full-service heating and AC solutions to the Lebanon area. When you are in need of a replacement or repair, we give a thorough analysis of the material and present the most efficient solutions for getting rid of the problems easily. Let us be your first and final call for all your HVAC/Heating and Air service and repair problems like heating, air conditioning, and air quality inside!

Just like your cooling system, your heating system also needs care and maintenance to keep it working at top performance. If you need a thermostat replacement, oil burner services, or something more advanced give us a call!

We can help you with everything from an easy filter replacement to a more elaborate coil cleaning we have got you covered! Your home cooling system demands individual maintenance and the occasional repairs, and that is where we come in.

Brock Heating & Air aims to give affordable services with top-quality workmanship for our customers. Please do not hesitate to give us a call if you happen to have any questions about our Lebanon HVAC services.

Get the best Air Conditioning Service for your home or business by picking the AC company that is committed to your complete satisfaction.

We offer a premium HVAC maintenance service plan designed to protect the investment you have made in your HVAC system. Maintenance for your central air system by regular service visits is an important and necessary part of keeping your cooling system functioning at its best. Not only does this plan help dodge costly repairs and reduce energy costs, but it also provides you with priority status should an emergency AC repair in the Lebanon area. 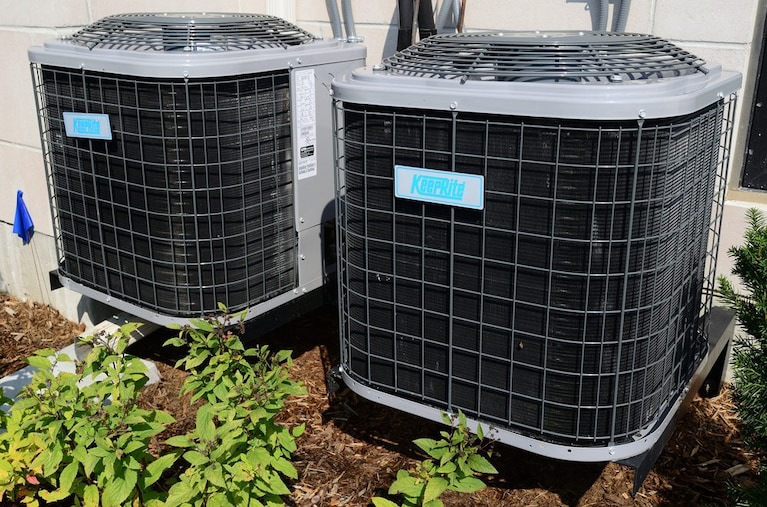 Choose the Most Reliable of the Heating Companies in Wilson County

Our skilled and trained heating technicians provide proficient solutions to all your heating or furnace problems. As licensed professionals, we give efficient solutions and heating options that are designed to save you time and money. Make sure your home is equipped for the winter coming with efficient and powerful heating repair and installation services.

Most people will try to put off replacing their heating system for as long as they possibly can. However, there are several benefits to replacing your heating system before it undergoes a major breakdown suddenly.

A qualified contractor will know exactly what to look for and will be able to ensure your new heating system is connected perfectly with your older parts like the ductwork. Like any HVAC service, heating system replacement or installation is properly carried out by a trained professional that has the appropriate experience.

Lebanon is the county seat of Wilson County, Tennessee, United States. Lebanon got to its largest population of 38,695 in 2021. It is located in Middle Tennessee, and about 25 miles east of downtown Nashville. The city was first founded in 1801, and it got its name from the biblical cedars of Lebanon. The local citizens have called Lebanon the “Cedar City”, this is mostly referring to the abundance of cedar trees that grow throughout the area. The city is a unique home to Cumberland University, which is a small, private, four-year progressive arts school. The population amount was somewhere around 692.0 people per each square mile. The race averages of the city are 82.89% white people. They have 13.78% African American people. Somewhere around 0.33% Native Americans that moved into the area, 0.82% Asians that settled in, 0.03% Pacific Islanders, and around 1.00% that are other races. Some people are even two and more races. The median age of most people that make up the area is 35 years old. When considering moving to Lebanon, people may wonder is Lebanon, TN Safe? It is a D- grade which means the rate of crime is much higher than the typical US city. The degree of crimes in Lebanon is 51.58 per 1,000 citizens during a regular year there. People who reside in Lebanon will agree that the northwest part of the city is known to be the safest. Many people wonder about the most widespread attractions for this area and that would consist of Oceanside Aquariums, Stardust Drive-In Theatre, Wilson County Fair, Cedar Creek Sports Center, Cedars Of Lebanon State Park, Nashville Bubble Ball. Even though The city’s business environment is very scattered, Lebanon is the home of the base for the chain restaurant Cracker Barrel. Brock Heating & Air is pleased to be able to local offer their services as an air conditioning contractor to Lebanon Tennessee.